An ultralightweight and living legged robot 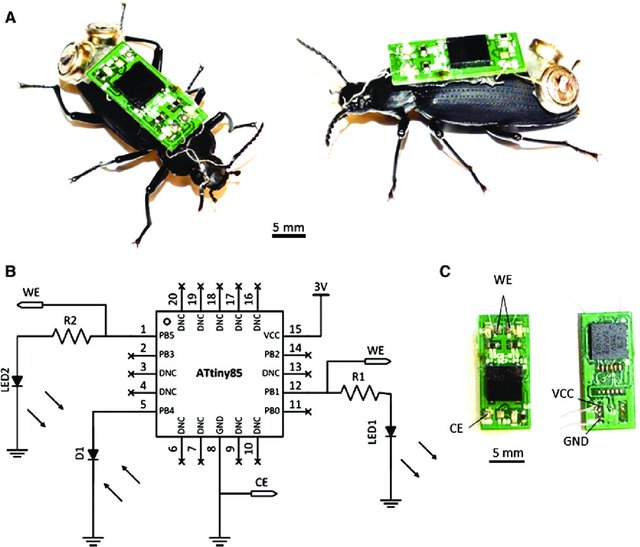 In this study, we describe the most ultralightweight living legged robot to date that makes it a strong candidate for a search and rescue mission. The robot is a living beetle with a wireless electronic backpack stimulator mounted on its thorax. Inheriting from the living insect, the robot employs a compliant body made of soft actuators, rigid exoskeletons, and flexure hinges. Such structure would allow the robot to easily adapt to any complex terrain due to the benefit of soft interface, self-balance, and self-adaptation of the insect without any complex controller. The antenna stimulation enables the robot to perform not only left/right turning but also backward walking and even cessation of walking. We were also able to grade the turning and backward walking speeds by changing the stimulation frequency. The power required to drive the robot is low as the power consumption of the antenna stimulation is in the order of hundreds of microwatts. In contrast to the traditional legged robots, this robot is of low cost, easy to construct, simple to control, and has ultralow power consumption.